HERE IS THE BBC LINK TO THE ADDENDUM TO THE MEMORIAL: http://news.bbc.co.uk/1/shared/bsp/hi/pdfs/03_03_11_kellyinquest.pdf 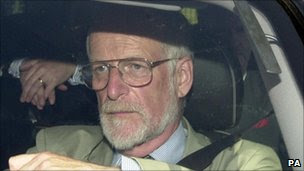 Campaigners for a full inquest into the death of government weapons inspector David Kelly have handed a new dossier to the Attorney General Dominic Grieve.
The files contain fresh information about the absence of fingerprints on items found near his body in woods close to his Oxfordshire home in 2003.
The Hutton inquiry found in 2004 that he had killed himself.
Mr Grieve is expected to announce soon whether he will comply with a request to ask the High Court for an inquest.
The post-mortem report into Dr Kelly's death suggested he had died as a result of a "self-inflicted injury".
It blamed blood loss after cuts to his left wrist, aided by a painkiller overdose and "silent" heart disease.
Dr Kelly was found dead after it was revealed he had provided the information for a BBC News story casting doubt on the government's claim that Iraq had weapons of mass destruction capable of being fired within 45 minutes.
The claim over a lack of fingerprints comes in a new dossier by a group of doctors who are petitioning Mr Grieve for the reopening of inquiries into the death.
Continue reading the main story

PDF downloadNew documents handed to the Attorney General[84KB ]
Most computers will open PDF documents automatically, but you may need Adobe Reader
The new files highlight documents released by police in January.
The doctors said they showed that no fingerprints were recovered from the knife which Dr Kelly allegedly used to slit his wrist and a pack of pills which he apparently took, or from a mobile phone, watch and water bottle found near his body.
It also highlights that the lack of fingerprint evidence was not considered by the Hutton inquiry, the campaigners added.
Witnesses' accounts
"It is submitted that to properly investigate the circumstances of Dr Kelly's death, any coroner would be obliged to make enquiries as to why there were no fingerprints found, including for example seeking evidence on whether any tests were carried out to establish if anything had been used to attempt to erase fingerprint evidence," said the doctors in their new submission.
"This is particularly relevant as it was noted no gloves were found on the body or in its vicinity."
An inquest was opened days after Dr Kelly's body was found, but unusually it was never completed, as then Lord Chancellor Lord Falconer said the Hutton inquiry would take over.
The new dossier supplements the doctors' formal legal petition, submitted in September, and also raises questions about various witnesses' accounts of the state of Dr Kelly's body.
Posted by stephen.frost at 13:35